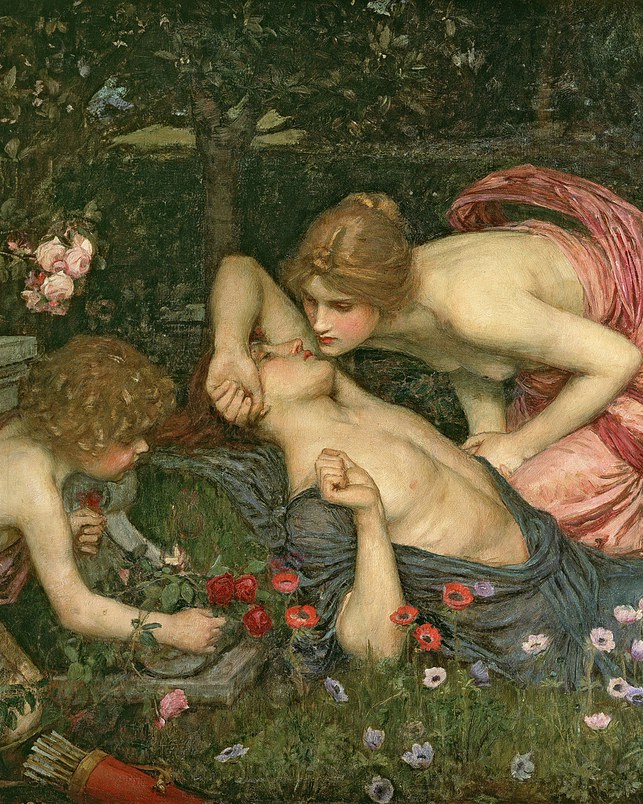 2021.01.09 | By Gregory Nagy
§0. In a previous study, I used the term theo-eroticism as a way of describing a kind of sexuality that gets transformed into something sublime by way of blending eroticism with divinity. I was following terminology used by exegetes of the Bible in their interpretations of some intensely erotic situations pictured in the Song of Songs, and, although I experimented with applying the terms of such biblical exegesis to ancient Greek myths, my experimentation in that study concentrated on the sexuality of “divinity” as a male principle. But what about sexuality as a divinely female principle? In the present study, I will attempt to make up for neglecting, in my previous study, the most obvious exemplar of a sexually active female divinity, who is none other than the goddess Aphrodite herself. And I concentrate on only one of the many surviving aspects of myth-making about Aphrodite’s sexuality, which is, the passionate love of this adult female immortal for a pre-adult male mortal, the boy Adonis. The mythical world of this divine love, as I hope to show, was quite real for people in the real world of pre-modern times, ancient times. When I say “people” here, I mean real people who, back then, actually worshipped Aphrodite as the goddess of love and who would therefore actually think that the various different myths centering on such a divine love were relevant to the various different ritual practices that were intimately connected to their own life-experiences, especially when it comes to love, death, and, possibly, a coming back to life after death—since the ancient myths were telling them about a yearly resurrection of Adonis through the agency of Aphrodite’s love. For them, the boy Adonis could thus be figured as a vital part of an overall model for thinking about their own lives in terms of love, death, and a possible afterlife. In the spirit of such a frame of mind, I start my essay here by showing a modern painting that illustrates, in its own romanticizing way, the theo-erotic power of Aphrodite in bringing Adonis back to life and love. But I will then follow up by analyzing two Classical Athenian paintings, both of which were inspired, I think, by songs of Sappho about Adonis, where we may find deeper aspects of Aphrodite’s theo-eroticism.

Copy and paste this URL into your WordPress site to embed

Copy and paste this code into your site to embed