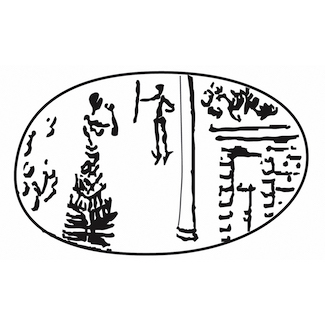 About some kind of an epiphany as pictured in Minoan glyptic art, and about its relevance to a myth as retold by Pausanias

§0. In this posting, I start by showing a sketch of a picture carved into a gold signet ring originating from the palace at Knossos in Crete and dating from the Late Minoan era. The sketch, in line with conventions followed nowadays by archaeologists, flips the right-to-left orientation pictured on the signet ring itself, so as to show the picture that the ring would make when it was used for stamping impressions on clay sealings, where the orientation, as intended for viewers, would be left-to-right. This picture that I show here in the first illustration matches in its orientation a picture that I showed as the first illustration in the previous posting, 2020.05.22, where we saw a sketch of a picture stamped by a signet ring that is likewise dated to the Late Minoan era. In that case, the ring has not survived, and the orientation of the sketch already matches what was pictured on the clay sealings stamped by the lost signet ring. I need to emphasize here, from the start, the parallel orientations of the pictures represented in these two sketches, since I will be comparing the scenes visualized in these two pictures from the perspective of their parallelism in left-to-right orientation. And my comparison of the two scenes, both of which visualize what experts in Minoan archaeology tend to view as some kind of epiphany, are relevant, I think, to a myth as retold by Pausanias in the second century CE. 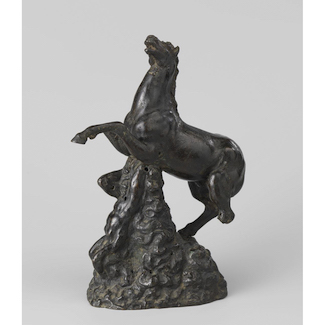 Black Bile, Yellow Bile: An Essay on Warrior Dysfunctionality and the Prehistory of Greek Medicine

Ancient Indo-European warriors, possessed by combat rage, functioned properly as wielders of physical force and protectors of society; but such force was given to dark turns that could endanger society. Expressions of dysfunctional-warrior states meaningfully intersect with Greek medical notions of melancholía and suggest the nature of the prehistory of this diagnosis. 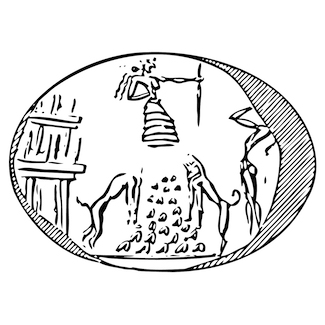 §0. In the previous posting, Classical Inquiries 2020.05.15, I highlighted details that I described as signatures of a Minoan-Mycenaean phase in the evolution of the figure known in classical and post-classical times as Athena. In that posting, I concentrated on the ancient acropolis of a city by the name of Phrixa(i) in the region of Triphylia in the Peloponnesus. When Pausanias, who lived in the second century BCE, visited that city, which was mostly in ruins by his time, he found that the local population was still holding on to an ancient practice of worshipping the goddess Athena as the personification of their acropolis, and I argued that this personification could be traced back to a distant Minoan-Mycenaean past. For the illustration in that posting, I showed what I think is a relevant picture dating from that same distant past. We saw in that picture what I would describe as a Minoan equivalent of an acropolis. That is, we saw an elevation fortified and crowned by a palatial building. We also saw a male figure standing on top of the elevation, whom I would describe as a Minoan equivalent of a hero known in classical and post-classical times as Hēraklēs. But what about Athena, patroness of Hēraklēs? As I will argue, the Minoan equivalent of Athena is really present in that picture: she is there, though she is not yet visible. She becomes visible, however, in the picture I show as the main illustration for the posting here. 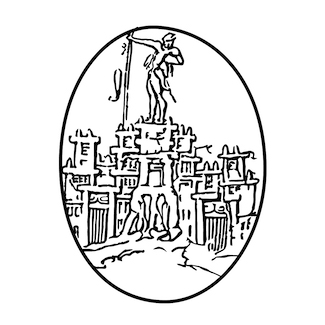 §0. In the previous posting, Classical Inquiries 2020.05.08, I noted the obvious fact that the acropolis of Athens was not at all the only such place that was sacred to the goddess Athena, and that the traveler Pausanias, who lived in the second century CE, visited a wide variety of other places that were likewise sacred, each in its own way, to goddesses likewise named Athena. As I engage in my long-term project bearing the title A Pausanias Reader in Progress, where I selectively retranslate the text of Pausanias, with annotations, I have been keeping track of these sacred places visited by our traveler. For the moment, I highlight one such place as described by Pausanias. In this case, I note details that I would describe as signatures, as it were, of an earlier Minoan-Mycenaean phase in the evolution of the figure known in classical and post-classical times as Athena. And I note also a detail that points to a Minoan-Mycenaean version of a related figure, known in classical and post-classical times as Hēraklēs, heroic protégé of the goddess Athena. In the illustration for this posting, I show what I think is a relevant picture, dating back to the glory days of Minoan civilization in Crete. 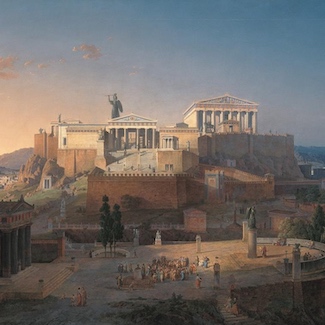 Questions while viewing Greek myths and rituals through the lens of Pausanias, IV: Is Athena, viewed theologically, a person?

§0. In the previous posting, Classical Inquiries 2020.05.01, I asked this question: is ‘Athena’ the name of a person or of a place? And my answer was: ‘Athena’ is the name of a place that we know as Athens. I backed up that answer by arguing against the assumption that the city of Athens was named after a goddess who was already named ‘Athena’. Rather, I argued for a different idea: that the goddess Athena was named after Athens—or, to be more precise, after the citadel or acropolis of Athens. But that is not the same thing as arguing that Athens came first, as it were, and that the goddess named Athena came second. I was making an argument about the name of Athena, not about her identity. And, as I argue more fully in this posting, it is only the naming of the goddess as Athena that came second, but the idea of the goddess came first: she was already there, if we view her theologically. The goddess seems secondary only if we make the mistake of equating her name with who she is as a goddess, as a divinity who is worshipped by her people. As a goddess, Athena is her own person, whatever her name may be. It is only when we view her name etymologically, that is, from the standpoint of linguistics, that Athḗnē can be explained as the name of a place. Yes, the name is a place-name, as I showed in the previous posting. But she is not the name. As I just said, she is her own person. And, as a person, as a divine persona, she personifies whatever is mentally connected with her. In the painting I have chosen for the lead illustration, we view the solitary goddess looming over her acropolis. Her bronze statue, no longer extant, is seen here in the eternal role of this goddess as guardian of her city and her people. That is how she connects with her own space, and with everything that she personifies in that space. 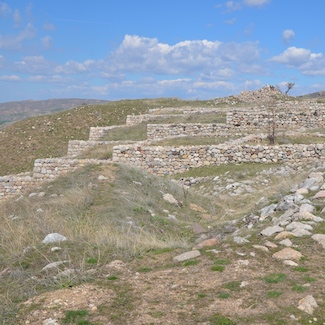 A consideration of the possible modalities by which a Mycenaean-Hittite diplomatic correspondence might have been carried out, beginning with a review of established facts, well-founded hypotheses, and speculations informed by a close look at the well-known text KUB 26.91, the “Ahhiyawa” letter.